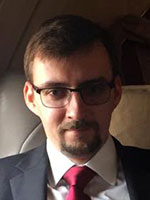 Russia’s Pivot to Asia is gaining momentum as President Putin hosted a historic meeting with the leaders of the ASEAN countries at the Black sea resort of Sochi, creating a sea of opportunities for business and reinforcing political ties with the rising giants of the Asia-Pacific region.

The Southeast Asian bloc of nations formed the ASEAN Economic Community at the end of last year, moving one step closer to full integration and creating a more formalized market of over 600 million people, which is larger than the EU. The region has an abundance of economic potential, which is giving rise to its own geopolitical power as the gatekeeper between the Indian and Pacific Oceans, which pivotally places it right between India and China.

Located at the crossroads of the world’s most important maritime trade routes, ASEAN has an irreplaceable role to play in heightening Russia’s global strategic standing.