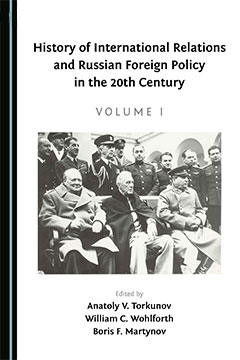 These volumes present a compact analytical narrative of 20th century international politics penned by some of Russia’s most distinguished historians. Written in accessible prose and designed as an introductory text for students of international relations, the collection will interest all readers curious about perspectives on the twentieth century’s most consequential events.

This first volume, covering 1914-1945, shows how the short-sightedness of world leaders, the unbound nationalism of the masses and the unpredictable will of destiny led to World War I. It then addresses the core topic of how the common desire for peace, which reigned after the end of that war, could rocket Hitler to power in Germany and then lead to World War II.