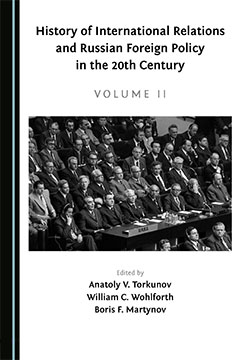 This second volume, focusing on 1945-1991, unpacks the reasons for the Cold War and takes the reader through its ebbs, flows and unexpected end. How did the allies of World War II become enemies? The authors argue that the Cold War controversy could have been avoided, or at least mitigated, had the sides been guided by healthy pragmatism instead of ideology and megalomania.

Contradictory relations between the superpowers, regional wars and conflicts, and the scramble to escape a nuclear Holocaust—all of this reads sometimes as a good detective story. Perestroika and Glasnost, useful as they might be, came too late to radically improve the poisonous atmosphere of enmity in East-West relations. The end of the Cold War did not mean the end of rivalry. Good will in this case did not guarantee good outcomes. As civilizational, cultural, personal and religious contradictions begin to replace economic and social divides, we need to be fully aware of our past if we are to do our best to resolve these issues.