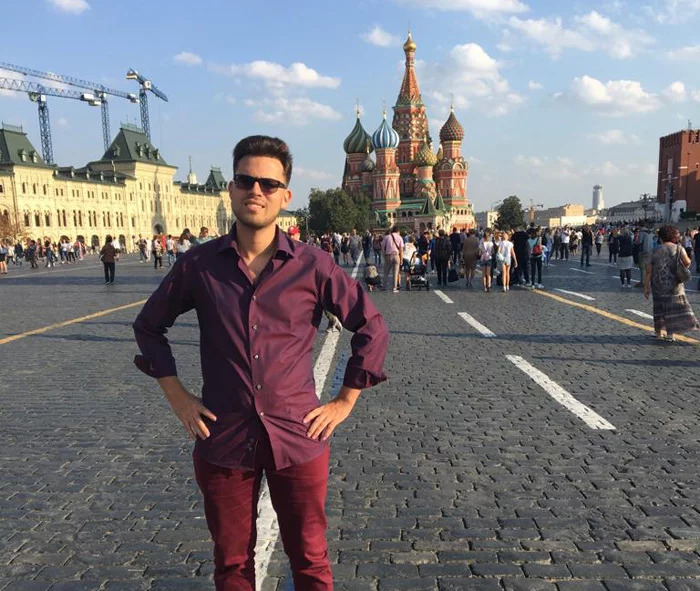 Why Russia is the Perfect Study Destination for Multi-Cultural Students

Behind its chilly international reputation, Russia is a vastly appealing study destination for international students. Heavy investment in education and university facilities – coupled with extensive outreach – has led to students from all around the world heading to the cities of Moscow, St Petersburg and more for their studies.

Felix Portier is no stranger to travelling abroad. Having been born in Chile, he spent time growing up in Australia, France and Switzerland as well, so he was unsurprisingly undaunted by the idea of studying in a foreign country.

He said: “I grew up in a multicultural environment and it led me to develop an interest in international relations and geopolitics. At the moment I finished high school in Switzerland, my attention was drawn by the creation of a new English-taught bachelor’s program at the prestigious MGIMO University, which is the alma mater of Sergey Lavrov, whom I consider to be a brilliant model of a diplomat.”

Felix is now studying international relations at the Moscow State Institute of International Relations (MGIMO University) and we got in touch to find out how he’s found the experience of studying in Russia, and why he’d recommend it to other international students.

What aspects of the degree program at MGIMO were of particular interest to you?

My aim in coming to Russia was to learn more about the country so I very much appreciated the classes we had on Russian and Soviet history. Also, the class given on Post-Soviet conflicts by Professor Okunev, a renowned a specialist in political geography, was of particular interest to me.

Furthermore, a very interesting aspect of studying in MGIMO is that it has partnerships with many of the best universities in the world, so you can apply for an exchange semester or do a double degree in Paris, Rome, the USA etc.

Last but not least, MGIMO also has excellence in language teaching, and in fact it holds the Guinness world record for the number of languages taught in a university: 53!

I was lucky to benefit from such an environment, as we had not to pick two foreign languages, which for me were Russian and German, while my classmates were taking Spanish, French, Chinese or Arabic!

I did not know much about Russia before coming to study at MGIMO, and actually I had never been to Eastern Europe. Most western Europeans only know about Russia through a narrow set of stereotypes, which are, let’s be honest, not always very nice. However, I must say they’re wrong, as pretty much the only stereotype I found true is that winters are very cold!

In fact, I found Moscow to be a vibrant and cosmopolitan city, inhabited by citizens full of public spirit, who love their country but are curious to learn more about other cultures.

What is the community of international students like at MGIMO?

MGIMO truly has a multicultural and multinational atmosphere. Foreign students from the same country are encouraged to set up national clubs, and there is a cultural day where all these clubs have booths with national dishes, national dances and folklore.

I had classmates from Ethiopia, South Korea, Kazakhstan, the UK, Lithuania, Canada, Turkey, France, Pakistan, Germany, and Nigeria to name a few!

We also have our faculty’s student club, founded by a German-American former student called Future World Diplomats (FWD), which is aimed at bringing students closer to diplomacy. With this club we organized many conferences, trips and video conferences with other diplomacy student clubs in foreign universities such as Sciences Po Paris, King’s College London and the Middlebury Institute in California.

How would you describe the university and Russia to other international students who are considering applying to study there?

MGIMO offers you the advantage of discovering and opening yourself to Russia but in the same time being in a truly international and multicultural environment.

What are your career ambitions? How do you hope to use your experience of studying in Russia?

I hope to be able to use my experience in MGIMO to contribute to bridging the gap that exists between Russia and the west, whether it is in the field of diplomacy, politics or journalism.

I will always put forward my Russian experience, and the first step in that direction is the choice of my master’s studies: Russian and Eastern European Studies at the University of Geneva. 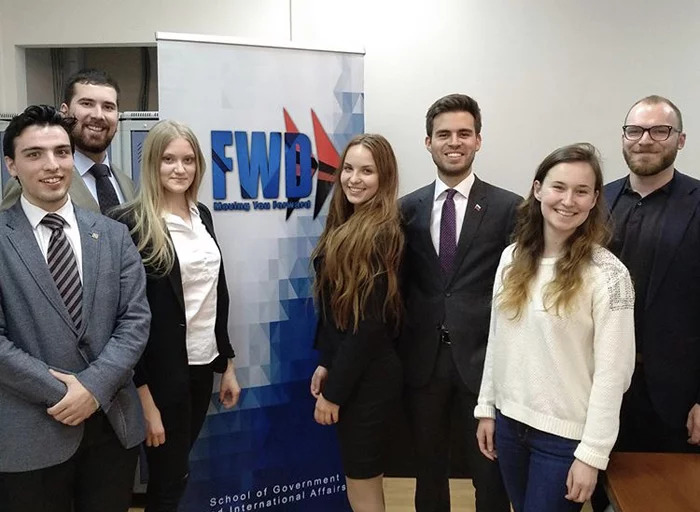