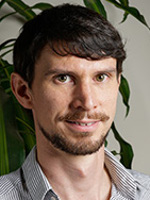 
Jonathan is an Assistant Professor in the Department of Political Science at the University of São Paulo, Brazil, specializing in comparative politics and the political economy of development. He received his PhD in Government from Harvard University in 2017, an MSc in Development Economics from the School of Oriental and African Studies, University of London in 2008, and a BA in Politics and Economics from Oxford University in 2005. His research seeks to explain the political roots of effective governance, clarifying the incentives that lead some politicians to focus on enforcing clear programmatic rules while others condition access to public resources on political support. Through subnational comparisons in federal countries, including primary fieldwork across sites in Brazil, Nigeria and India, he is developing new datasets, tools and theories to explain the wide variation in the quality and form of public service delivery. Ongoing studies of inequality, education and gender are applying diverse methodologies including geospatial analyses, regression discontinuities, structured qualitative interviews, and multi-level models.